Advanced glycation end-product (AGE) has been gaining increasing attention again recently in view of human health and diseases. Among various AGEs, toxic AGE (TAGE) is a glyceraldehyde-derived AGE that has been reported to bind to cellular receptors, typically known as RAGEs, to exhibit biological activities, which leads to apoptosis or dysfunction of cells. In particular, many cells such as red blood cells that depend on aerobic glycolysis for energy production are more prone to accumulate TAGEs, and a mechanism to rapidly detoxify TAGEs is suggested to be functioning in vivo. However, in cells that are constantly exposed to high glucose, TAGEs are likely to be overproduced, which exceeds the detoxifying ability resulting in the onset of multiple diseases.
We find that diabetes model mice with elevated levels of TAGEs in the blood show abnormalities, particularly in the retina, and that administration of the anti-TAGE monoclonal antibody developed by us alleviates the symptoms. Moreover, for non-alcoholic steatohepatitis (NASH) model mice, administration of the anti-TAGE antibody improves blood biochemistry values. These findings strongly motivated us to develop anti-TAGE therapy, instead of developing antibodies to RAGEs, to treat diseases possibly caused by hyperglycation with the anti-TAGE antibodies. 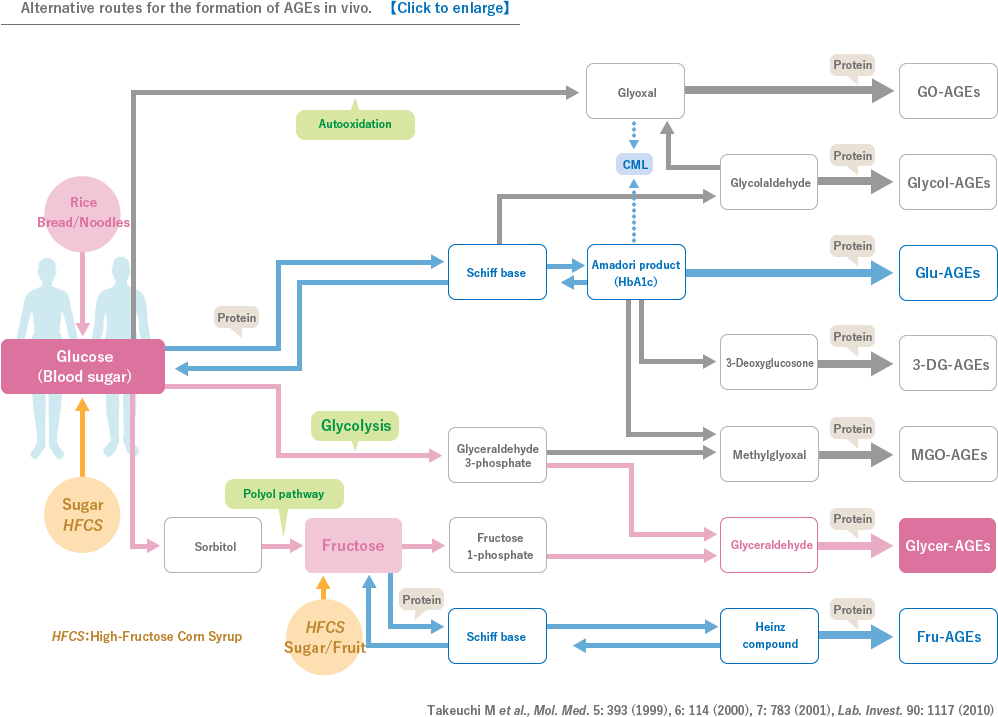 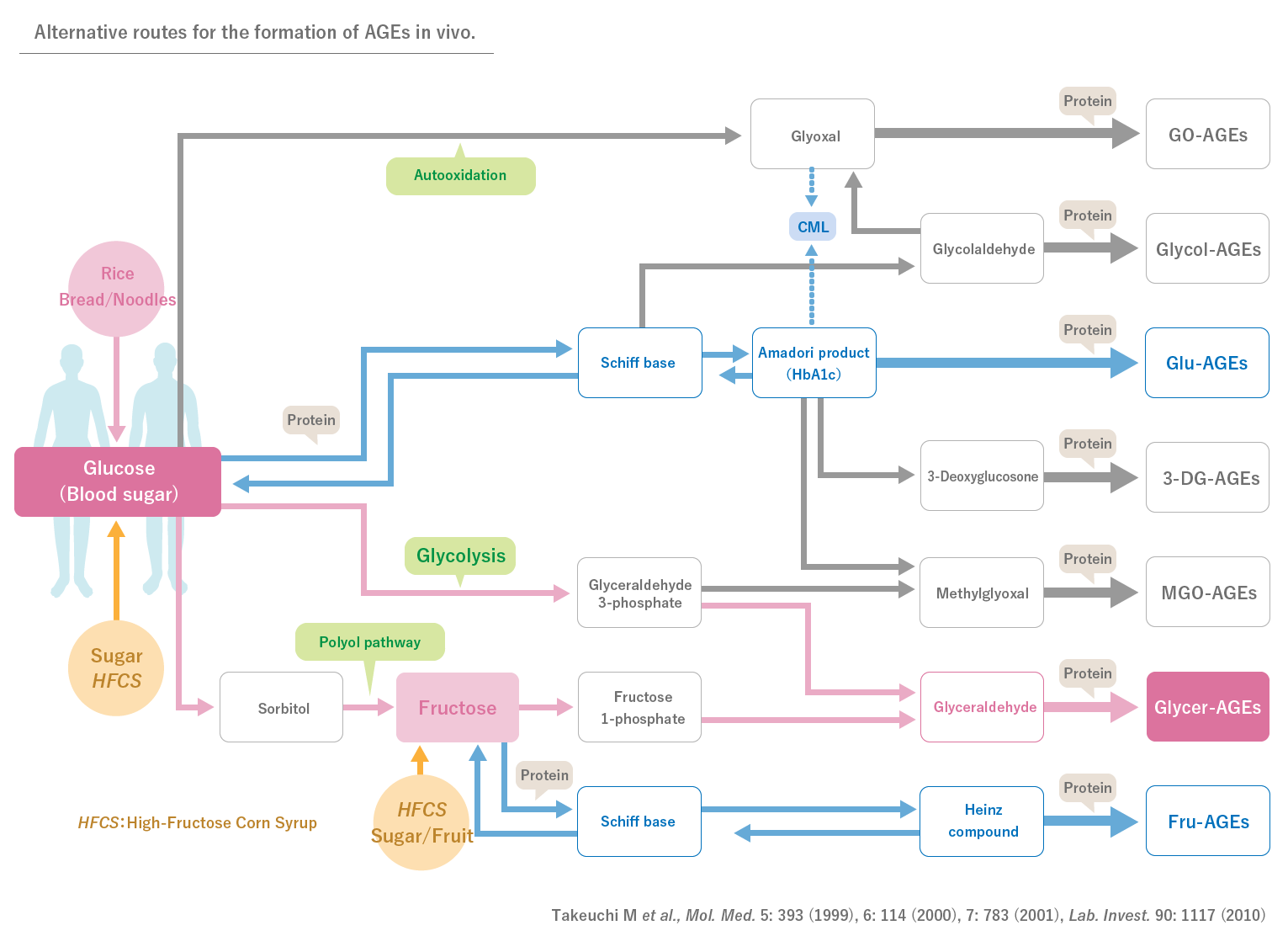 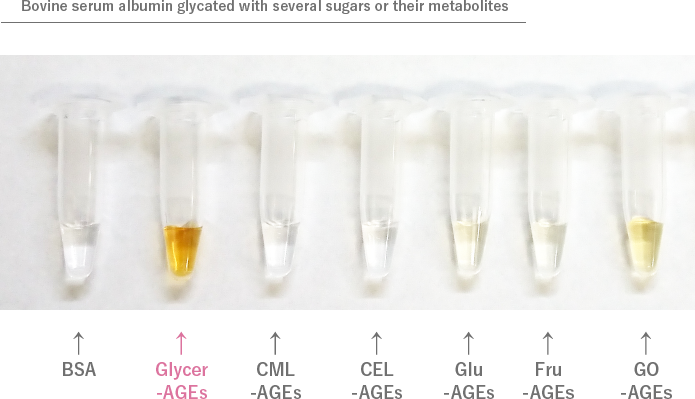 In recent years, it has been shown that AGEs are associated with aging and various diseases such as diabetes mellitus. In particular, AGEs derived from a glucometabolic intermediate glyceraldehyde, which is known as TAGE, is suggested to play important roles in the onset/deterioration of diabetic vascular complications through binding to receptors for AGEs.TAGE has been also reported to be closely related to various diseases including cardiovascular disease, NASH, cancer, infertility and Alzheimer’s disease.
In addition, the TAGE level in the blood can be an effective biomarker for clinical early diagnosis of lifestyle-related diseases as well as for evaluation of the effectiveness of treatment. 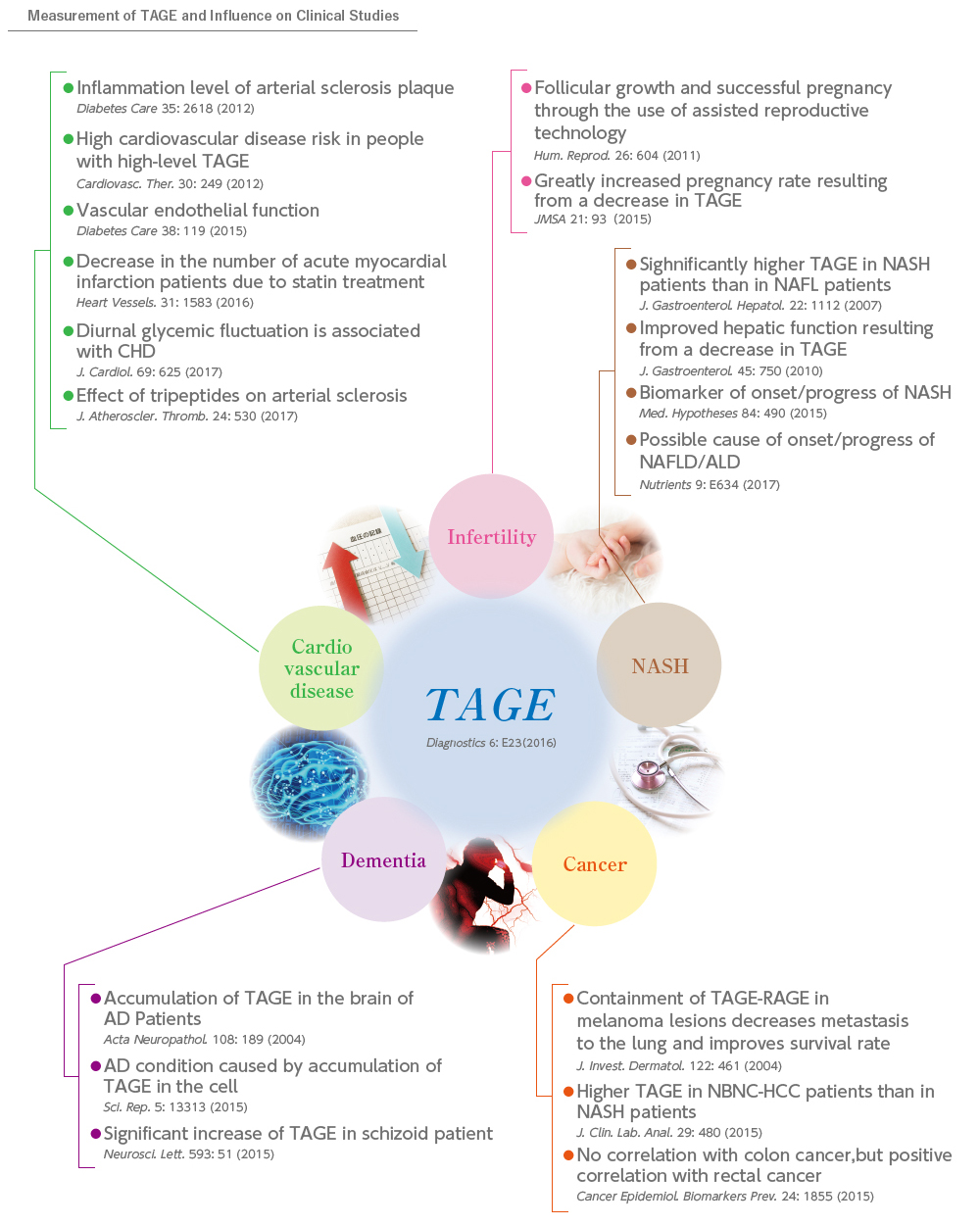